Yesterday, Broc Romanek posted on SEC Chair Mary Jo White's Friday surprise with respect the no-action letter request submitted by Whole Foods Market, Inc.  Readers may recall that in December Whole Foods had obtained the staff's concurrence in excluding a shareholder access proposal submitted by Jim McRitchie. The basis for Whole Foods' exclusion was that it intended to present its own proposal.  Mr. McRitchie then "appealed" the staff's determination to the full Commission.  See This “Appeal” Of Whole Foods’ No-Action Letter Isn’t Very Appealing.  Then came Chair White's direction to the staff "to review the rule 14a-8(i)(9) basis for exclusion."  The staff then responded with this letter stating that "we express no view concerning whether Whole Foods may exclude the proposal under rule 14a-8(i)(9)."  Matters could hardly be more absurd.  To sum up:

The bottom line seems to be that at Chair Mary Jo White's instance, the staff has moved from a non-binding "there appears to be some basis" to a  non-binding "we express no view".

It's Springtime In O.C.!

With a couple of much need rain showers, Orange County has traded its California tan for green: 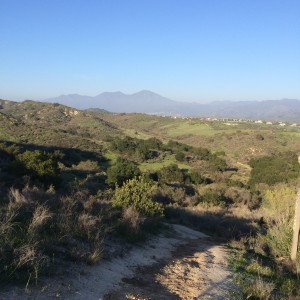