Congress, not the Securities and Exchange Commission, established the whistleblower program six years ago as part of the Dodd-Frank Wall Street Reform and Consumer Protection Act.  As the program has awarded over $100 million to date, it merits a critical analysis and review. Accordingly, I propose the following five propositions for consideration and debate: 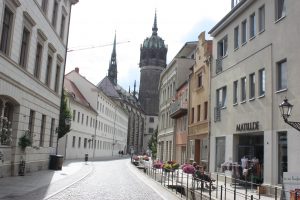 On this date in 1517, Professor Martin Luther posted a letter to Archbishop Albert of Mainz enclosing 95 short theses written in Latin. Reportedly, Dr. Luther also tacked them to the door of the Schlosskirche (Castle Church) in Wittenberg, Germany (pictured above).  The rest, as they say, is history.