Doug Cornelius recently published this post reporting that the SEC staff is taking the position that the pay-to-play rule, Rule 206(4)-5, applies to political yard signs.  [After publishing this post, Doug Cornelius published this clarification.]  The SEC adopted the pay-to-play rule in 2010 to prohibit an investment adviser from providing advisory services for compensation to a government client for two years after the adviser or certain of its executives or employees make a contribution to certain elected officials or candidates.  I had objected to the adoption of the rule when it was proposed by the SEC:

In proposing a new federal rule, the Commission notes: "several states, counties, localities, and even individual public pension funds, have undertaken to prohibit or regulate these practices in recent years". The Commission, however, does not explain in its proposing release why these state and local efforts are inadequate. Thus, the Commission’s claimed need to adopt a new, federal rule is belied by its own finding that state and local officials already have taken action to address pay-to-play arrangements.

(footnotes omitted).  The staff now appears to be taking the pay-to-play rule to absurd and unconstitutional lengths.

"I believe there are more instances of the abridgment of the freedom of the people by gradual and silent encroachments of those in power, than by violent and sudden usurpations . . . ."*

This reminds me of an issue that arose when I was serving as General Counsel to the California Business, Transportation & Housing Agency.  A political party had requested that California's Department of Transportation (aka Caltrans) remove political signs erected by landowners on their own property adjacent to a state highway.  The political party claimed that these signs violated California's Outdoor Advertising Act, Cal. Bus. & Prof. Code § 5200 et seq.  It was my opinion that these signs constituted exactly the type of speech protected by the First Amendment to the U.S. Constitution and Caltrans could not remove the signs.  Based on this advice, the Secretary of the Agency directed Caltrans not to remove the signs.  Today, my advice to the SEC is "leave the political yard signs alone".

*James Madison, Speech at the Virginia Convention to ratify the Federal Constitution (June 6, 1788). 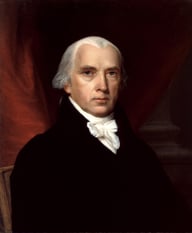