A derivative claim is "one brought by a shareholder to recover for harm done to the corporation".  Cohen v. Mirage Resorts, Inc., 62 P.3d 720, 732 (2003).   In Cohen, the Nevada Supreme Court considered the claim of a cashed-out shareholder of a corporation acquired in a reverse triangular merger.  The Court held, among other things, that a minority shareholder could sue for rescission of the merger or monetary damages when the merger was accomplished through fraud or the unlawful conduct of the individuals controlling the corporation.  Id. at 727.  Somewhat confusingly, the Court in Cohen stated that a direct claim involves injury independent of a corporation's injury, but the plaintiff's claim alleging wrongful conduct in a merger was a direct claim because the "shareholder has lost unique personal property - his or her interest in a specific corporation".  Id at 732.  The Court did not, however, supply an explicit test for distinguishing direct and derivative claims.

The Nevada Supreme Court resolved the dispute by adopting the direct harm test established by the Delaware Supreme Court in Tooley v. Donaldson, Lufkin & Jenrette, Inc., 845 A.2d (Del. 2004).  The direct harm test asks who: (i) suffered the alleged harm, and (ii) would receive the benefit of any recovery or other remedy?  In Parametric, the Court concluded that the shareholders were not in the same position as the plaintiff in Cohen because they had retained their shares in the corporation while Mr. Cohen had not.  Thus, the shareholders failed to plead a direct claim.

The shareholders in Parametric did not suffer an irredeemable loss, however.  The Supreme Court directed the District Court to dismiss the shareholders' complaint without prejudice to the shareholders' ability to file an amended complaint alleging a subset of equity dilution claims recognized by the Delaware courts as "equity appropriation claims".  Gentile v. Rossette, 906 A.2d 91, 99 (Del. 2006).  It remains to be seen whether the shareholders will succeed in properly pleading such a claim. 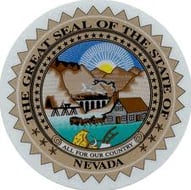