Planning for a congregational picnic this Sunday past, a local Lutheran church sought permission to use the neighboring Catholic church's parking lot.  The Catholic church graciously agreed to allow the use of its lot provided that the Lutherans refrain from posting anything on their church door.  The Catholic's proviso, of course, was a reference to an event that occurred 500 years ago today when Martin Luther reportedly nailed his 95 theses to the Castle Church door in Wittenberg, Electorate of Saxony.  Although some historians debate whether Dr. Luther actually nailed his famous theses to the church door, it is generally agreed that he mailed them to Albert of Brandenburg, the Archbishop of Mainz, on this date.  The subsequent publication of Dr. Luther's theses became the catalyst for the Protestant Reformation.

Was Dr. Martin Luther King, Jr. named for the famous reformer?  Not at birth.  Dr. King's father was named Michael King.  Although a Baptist, Dr. King pere came to admire Dr. Luther and changed his own name and the name of his son to Martin Luther King.

Fraudsters are merciless, willing to take advantage of even those who have lost almost everything.  Last week, the Securities and Exchange Commission's Office of Investor Education and Advocacy issued an Investor Alert warning individuals, including those receiving lump sum insurance payouts, to be extremely wary of potential investment scams related to the California wildfires. 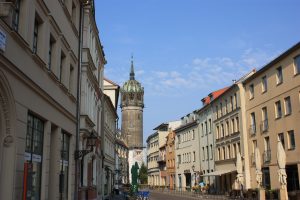