"The suit was filed and developed into a three-cornered affair including R.L. Johns, Key Pittman, who was to become a U.S. Senator, and [Jim] Butler.  The case came up in the autumn of 1901 before Judge Ray in Justice Court.  Ray knew little law, but owned an imposing array of law books.  Pittman began addressing the court on a knotty problem of law.

'You're a liar,' thundered Johns.  Pittman promptly laid aside his official dignity and swung at John's jaw, knocking him against Judge Ray who fell against the book shelves, knocking them down and burying the entire group under legal tomes.

'We'll adjourn to the Mizpah bar,' said Butler, and led the way for a crowd of fifty.

That was the last of the suit."

The Jim Butler mentioned in the above vignette was the discoverer of the great mineral wealth of Tonopah, Nevada.  Not long after making this discovery, Butler returned to the site with his wife, Belle, who proceeded to locate the richest find of them all, which she named "Mizpah".  See Genesis 31:49.  The Mizpah Saloon predates the Mizpah Hotel which opened in 1908.  The hotel, designed by Morrill J. Curtis, was then reputed to be the tallest building in the state.  Below is my photograph of the Mizpah Hotel as it stands today. 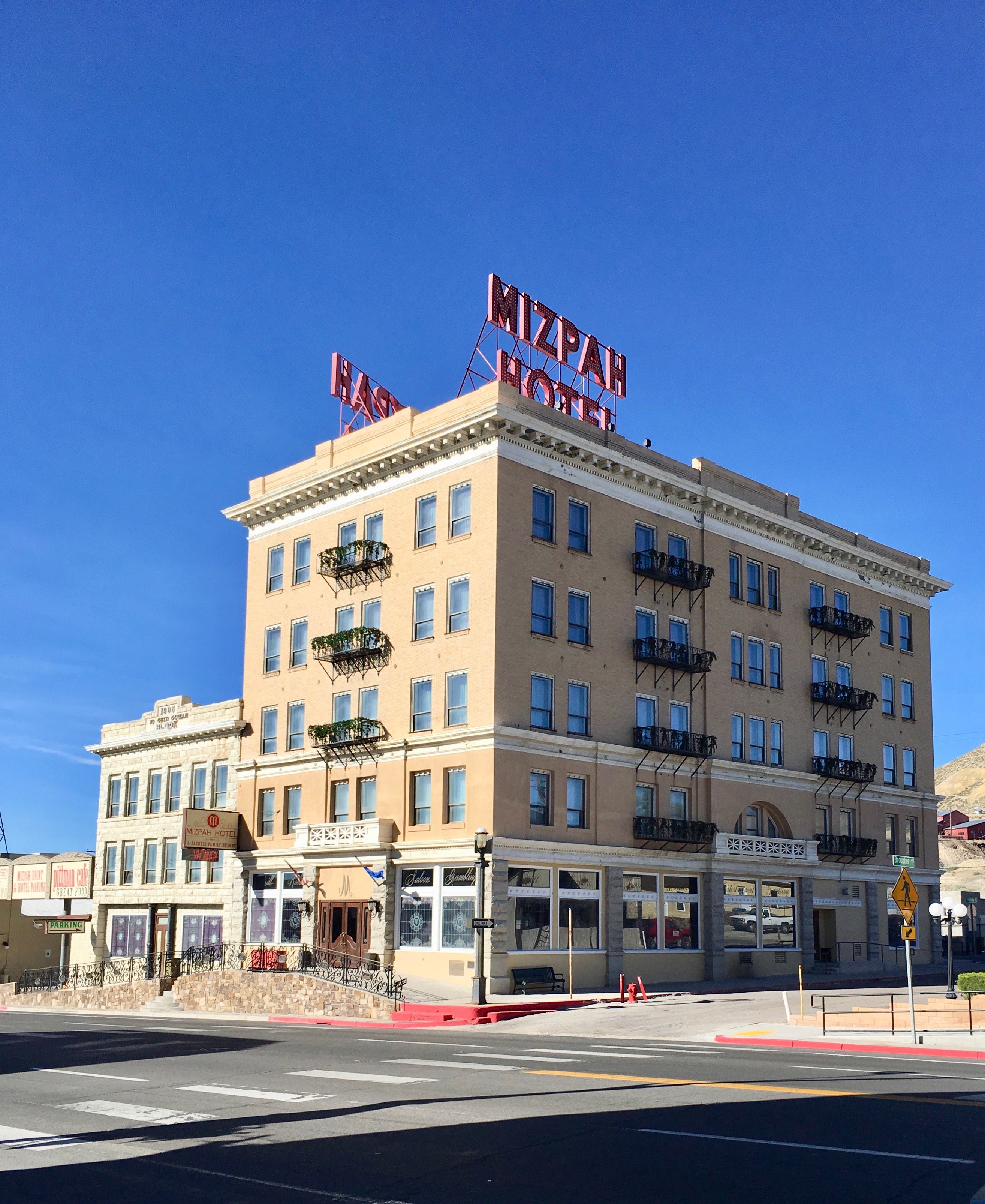 Where Is Your Corporation's Principal Executive Office (Or Offices)?
SOS Amends Form LLC-1 To Warn Of Perjury