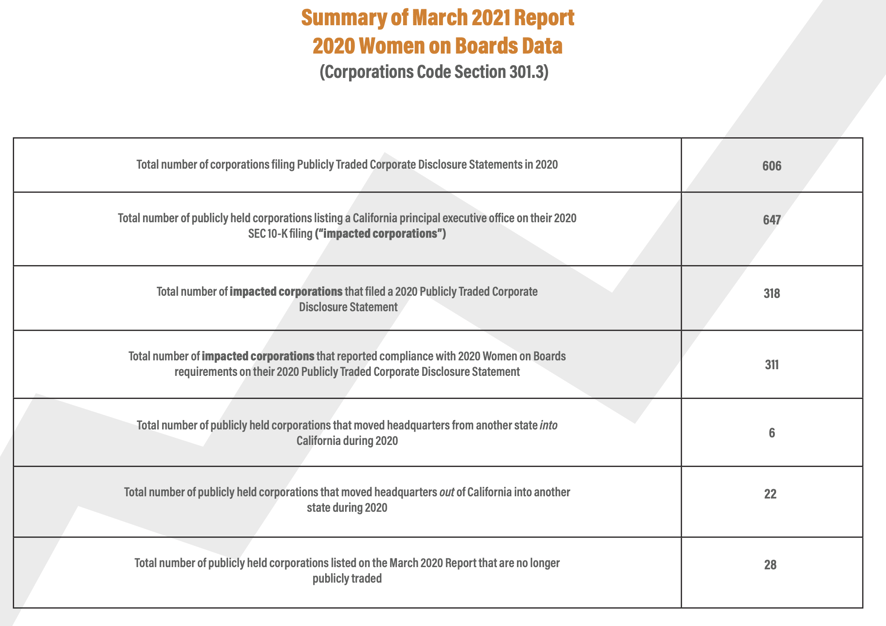 In assessing these statistics, it is important to keep in mind that they are based on Form 10-Ks filed with the Securities and Exchange Commission filed during the 2020 calendar year and California's own Publicly Traded Corporate Disclosure Statement Requirement.  Accordingly, it is already somewhat dated.  The due dates for these two filings are not the same.   Matters are further confused by the fact the Corporations Code defines "publicly held corporation" and "publicly traded [foreign] corporation" differently for purposes of the female director quota and the public corporation disclosure requirements.

The title of the Secretary of State's report is also inconsistent with the statutory terminology, which refers to, and defines "female" rather than "woman".