Anyone who has visited the "vast expanse of nothingness" north of Clark County, Nevada has likely crossed what cowboy singer Richard Elloyan calls the "Artemisian seas".  The reference isn't to bodies of water, but vast expanses of Big Sagebrush, whose Latin name is Artemisia Tridentata.  Sagebrush is the signature plant of the Great Basin.  Although a member of the Daisy/Sunflower family (Asteraceae), the yellow flower of sagebrush is small and unassuming.  Nonetheless, the Nevada legislature has deemed deemed this modest, yet ubiquitous shrub to be worthy of the designation as Nevada's "official state flower".  NRS 235.050.

The Big Sagebrush and other species of Artemisia are also found in California.  However, the California legislature does not see the virtue of this iconic plant.  It has, in fact, branded sagebrush a "weed".    Cal. Gov't Code § 39561.5.

The genus Artemisia is not limited to sagebrush.  In fact, it includes several hundred distinct species, including wormwood (Artemesia absinthium), an ingredient in the yellow-green liquor immortalized by the painter Edgar Degas.

According to Pliny the Elder (the writer, not the beer), Artemisia II of Caria, the 4th century BCE queen of Halicarnassus, named another member of the Artemisia genus for herself:

Mulieres quoque hanc gloriam adfectavere, in quibus artemisia uxor mausoli adoptata herba, quae antea parthenis  vocabatur.  Sunt qui ab artemide ilithyia cognominatam putent, quoniam privatim medeatur feminarum malis (Women also strive for this fame, for example, Artemisia, the wife of Mausolus selected the plant, which previously was called Parthenis.  There are those who believe that it is named for [the goddess] Artemis of Ilithyia, since it particularly heals female ailments.)

Naturalis Historia, Book XXV, Ch. 36 (my translation).  Artemisia II is famous for building one of the Seven Wonders of the Ancient World - the Mausoleum at Halicarnassus.  The name of this celebrated monument was derived from the name of her deceased husband, who also happened to be her brother (Mausolus). 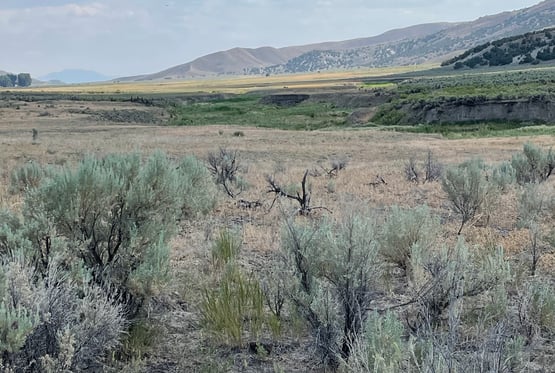 What's The DFPI Doing In Federal Court?
When A Meeting Of Directors Is Not Meet