Can a breach of fiduciary duty suit be brought directly?

In some cases, California courts have allowed minority breach of fiduciary duty claims to be brought directly against the majority shareholders.  In Jara v. Suprema Meats, Inc., 121 Cal. App. 4th 1238 (2004), the minority shareholder in a corporation with only three shareholders was allowed to bring his claim directly.  The Court found support for its conclusion by noting that one of the traditional justifications for requiring derivative actions was a desire to prevent a multiplicity of individual actions.  When there is only one minority shareholder, there is no danger of multiple shareholder actions. 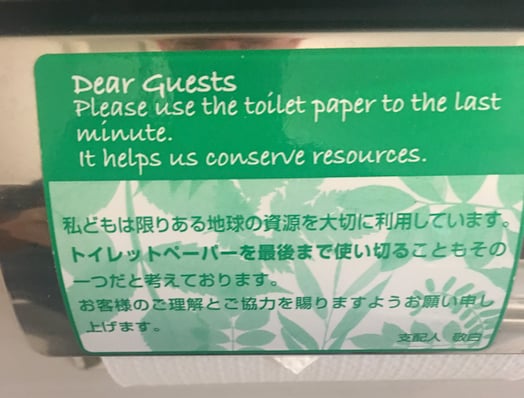 I came across this sign a year ago, but I suppose using toilet paper to the "last minute" was a good idea even in those halcyon ante-pandemic times.

Why Does DTC Need A Nominee?
Court Rules That Whistleblower Must Face Trial On Former Employer's Claims