Last month, I noted the introduction of a bill, SB 304, in the Nevada legislature that would authorize fee shifting.  The bill, however, enjoyed only a brief moment in the legislative sun.  It never passed out of committee and recently died pursuant to Joint Standing Rule No. 14.3.1 of the Nevada legislature.

In the meantime another bill amending Nevada's private corporation law is progressing towards enactment.  SB 427 would, among other things, allow a majority of the voting power of directors to remove a director if "a court of competent jurisdiction, or other governmental entity or regulatory agency with authority over the corporation requires, without providing any other reasonable and practicable alternative, that any specified director of a corporation cease to be a director in order for the corporation to obtain, or avoid the suspension, conditioning or revocation of, any permit, license, registration, franchise, finding of suitability or similar authorization or approval required for the conduct of all or any material portion of the business of the corporation or any of its  affiliates taken as a whole and such requirement is not appealable or has otherwise become final after declination or exhaustion of  all appeals therefrom".

Although the proposed director removal provision does not name any specific regulatory agency, the drafters undoubtedly had in mind the Nevada's gaming authorities who have the power to determine the "suitability" of directors, officers, key employees and significant stockholders.  If the authorities find that an officer, director or key employee is unsuitable, the corporation would have to sever all relationships with that person in order to maintain its gaming license.  However, Nevada's private corporation law generally requires a vote of 2/3 of the voting power to remove a director.  NRS 78.335.  A corporation that cannot muster the requisite vote will find itself in a bind if a director refuses to resign after being deemed "unsuitable".  The amendment contemplated by SB 427 would address this potential problem. 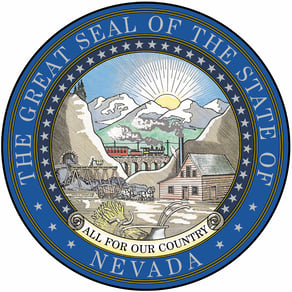 The "Other" EDGAR
Leaving California By Short-Form Merger Without Shareholder Approval Fugetaboutit!