Is A Pre-Issuance Form D Filing Requirement In The Offing?

The North American Securities Administrators Association (NASAA) is a century old organization that represents state and provincial securities regulators in Canada, Mexico and the United States.  Although the states were first to regulate securities transactions, their role as regulators has been eclipsed by the Securities and Exchange Commission as a result of federal preemption.

Last week, NASAA submitted comments on the SEC's Concept Release on Harmonization of Securities Offering Exemptions.  Most notably, NASAA is recommending the following with respect to Regulation D:

Previously, NASAA has argued for the elimination of the net worth and income tests for accredited investor status on the grounds that they are "flawed proxies" for sophistication.  Current SEC rules require that a Form D be filed within 15 days after the first sale.

NASAA argues that a pre-issuance filing requirement will "alert regulators that the offering is forthcoming and to provide an opportunity for regulators to investigate the offering if any information in the Form D raises concern".  Form D was originally presented as a tool to "collect empirical data which will provide a basis for further action by the Commission either in terms of amending existing rules and regulations or proposing new ones".  It has evolved, however, into an enforcement tool for securities regulators.  See  Is Form D Afflicted With Mission Creep? 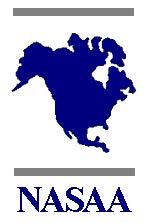 When Signing A Subscription Agreement Is A Crime
Oral Is Aural, Verbal Is Not Necessarily