"San Francisco is a city of startling events. Happy is the man whose destiny it is to gather them up and record them in a daily [blog]!"*

Tomorrow, voters in San Francisco will vote on a measure ("Measure L") that would impose an additional gross receipts or an administrative office tax on a business with a greater than 100 to 1 ratio of the compensation of the "highest-paid managerial employee" to the median compensation paid to the business employees based in the city.  The "According to the City Controller:

This tax would not be limited publicly traded companies that must disclose the executive pay ratio pursuant to Item 402(u) of Regulation S-K.  Nor is the ratio calculated in the same way.  Item 402(u), for example, refers to the median of the annual total compensation of all employees (except the Principal Executive Officer) while the proposed tax ordinance refers to median compensation paid to the business employees based in San Francisco.

Although Measure L is aimed at overpaid executives, it is unclear why 100:1 is the "right" number for triggering the additional tax.  Some businesses may have a much smaller executive pay ratio when calculated pursuant to Item 402(u) (i.e., the ratio to all employees other than the PEO) but exceed the San Francisco threshold because they have a very small number of employees based in that city.  Because this would be a "gross receipts" tax, businesses that are losing money would nevertheless be subject to paying the tax. 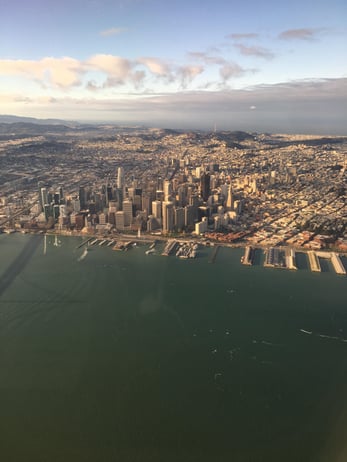