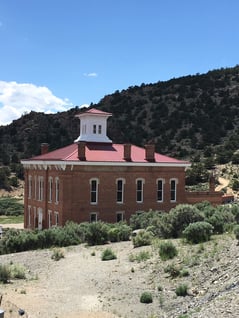 As the erstwhile county seat of Nye County, Belmont received $3,400 to build this courthouse.  The courthouse was completed in 1876, but was closed when the county seat was moved to Tonopah in 1905. 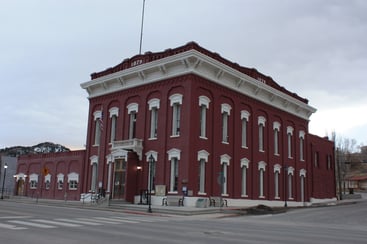 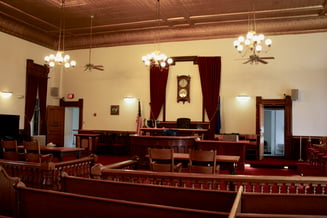 Above is the courtroom of the Eureka County courthouse.  The witness box (actually an oval) is immediately in front of the judge.  The courtroom features an elaborate pressed metal ceiling, two antique pot belly stoves and seating for at least 100. 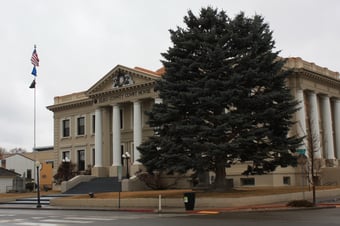 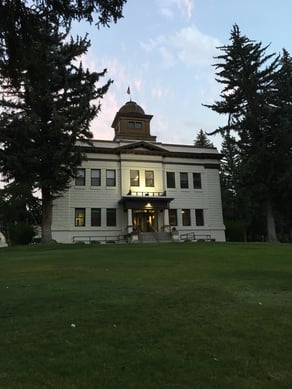