Why Is The WSJ Attacking A Dead Bill?

Last Friday, The Wall Street Journal published an alarming Op-Ed piece concerning a California Bill, AB 2088, that would impose a wealth tax on any person who spends more than 60 days inside the state’s borders in a single year.   The idea of a transient wealth tax is a very bad idea, but why is the WSJ spilling ink on the bill now?

AB 2088 started its brief life in February of this year as a bill to amend, of all things, the Education Code.  In March, it became a bill that would amend the Elections Code.  It was not until August 13, that the bill was gutted and amended to impose a wealth tax on sojourners to the Golden State.  The bill, however, never made it out of the house of origin.  When the session ended, the bill died.  The current legislative biennium began earlier this month and it is possible that the authors will resurrect the wealth tax idea in a new bill.  The bill introduction deadline is not until February 19, 2021 and we may have to wait until then to see if a reincarnated bill is introduced.  Even if after that deadline, it is possible that the legislature will gut and amend another bill to implement the tax.

The WSJ's attack on a dead bill reminds me of a story about Charles V, the Holy Roman Emperor.  After defeating the Lutheran princes in the First Smalkaldic War, he entered the university town of Wittenberg where Martin Luther was buried.   Encouraged to desecrate Luther's remains, Charles reportedly proclaimed "Let [Luther's bones] rest until Judgment Day . . . I don't make war on the dead . . .". 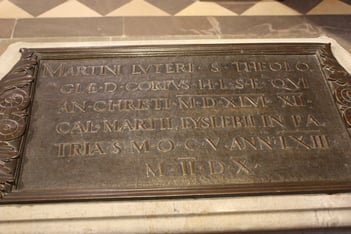 Is There No Protection For The Innocent When A Corporation Transfers All Its Assets To Secured Creditors?
Mountebanks Target California Real Estate Professionals