Yes - Why I Disagree With Judge Augustus Hand

This Sunday will be Bloomsday. The day is named for Jame Joyce's Odysseus, Leopold Bloom.  Joyce's book, Ulysses, recounts a single day, June 16, 1904, and Bloom's peregrinations around Dublin, Ireland.  Joyce chose that particular date in honor of his first date of his lover and later spouse, Nora Barnacle.

The United States government deemed Ulysses to be pornographic and tried to bar its importation.  After losing at trial, the government appealed.  In affirming the trial court's decision, Judge Augustus N. Hand described Ulysses as follows:

"The book depicts the souls of men and women that are by turns bewildered and keenly apprehensive, sordid and aspiring, ugly and beautiful, hateful and loving.  In the end one feels, more than anything else, pity and sorrow for the confusion, misery, and degradation of humanity." 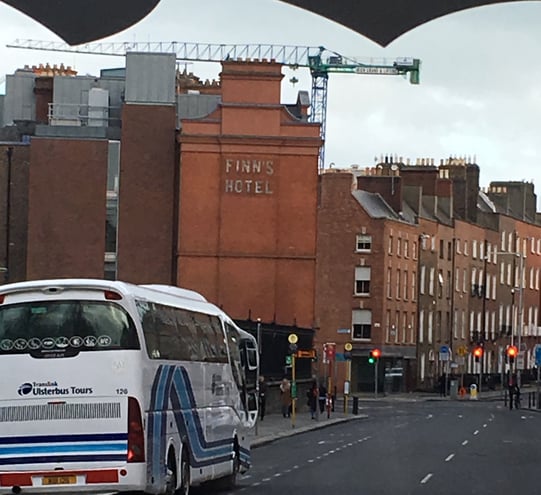 Finn's Hotel in Leinster Street, Dublin where Nora Barnacle worked as a chambermaid.  Joyce mentions the hotel in the Wandering Rocks chapter of Ulysses ("Striding past Finn’s hotel Cashel Boyle O’Connor Fitzmaurice Tisdall Farrell stared through a fierce eyeglass across the carriages at the head of Mr M. E. Solomons in the window of the Austro-Hungarian viceconsulate.")

When You Say "Get It In Writing", What Do You Mean?
Is An Annuity Contract A Security?