The California Public Employees Retirement System (CalPERS) styles itself as the United States' largest public fund.  In response to a letter from Governor Newsom, CalPERS has reported that it has over three quarters of a billion dollars in Russian investments, consisting of $420 million in public stocks and $345 million in illiquid real estate assets.  Although these are sizable amounts, CalPERS claims that combined they represent only 0.17% of its total investment portfolio.

In response to Russia's attack on Ukraine, CalPERS has announced the following actions:

None of CalPERS' holdings consist of Russian government debt, which may be a good thing if history is any guide.  This large House of Fabergé urn sits on a green jasper pedestal in the boardroom of the New York Stock Exchange.  Russia's last Tsar, Nicholas II, reportedly gave this urn to the exchange in appreciation of the listing in 1904 of some $1 billion in Russian government bonds.  A year later, the Bolsheviks are calling for repudiation of Russia's debt.  In February 1918, they shock the financial markets by doing just that. 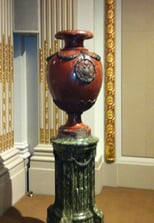 What Is An Apostille And Where Do I Get One?
Department Of Financial Protection & Innovation Issues Guidance Regarding "Situation in Ukraine and Russia"

Godot Is Still Waiting . . .
The Cost Of Justice In Nevada