Print Your Own Entity Status Letter!

The California Secretary of State suspends or forfeits an entity for failure to file the required Statement of Information, and in the case of a domestic corporation that is an association formed to manage a common interest development, the required Statement by Common Interest Development Association.  In addition, the Secretary of State may suspend domestic or foreign corporation for the failure of the corporation to reimburse the Victims of Corporate Fraud Compensation Fund for a paid claim.   The Franchise Tax Board suspends or forfeits an entity for failure to meet tax requirements (e.g., failure to file a return, pay taxes, penalties, or interest).

Many readers may know that they can request a  Certificate of Status from the Secretary of State's office as to the current status of an entity such as active/good standing, suspended, dissolved, cancelled, et cetera.  To check a corporation's status with the Franchise Tax Board it is possible to generate an entity status letter on the FTB's website using either the corporation's name or ID number.   The FTB cautions users that the information:

An Exciting End To Grand Sumo Tournament in Nagoya!

Sunday's finale to the Nagoya-Basho (場所) was gripping.   After 14 days, Yokozuna Hakuho and Ozeki Terunofuji met each other with undefeated records.  After fierce battle, the Yokozuna won the Emperor's Cup.  Here is a video of the encounter of these two champions.

Sumo tournaments are held six times each year.   In 2018, I was able to attend the Haru-Basho in Osaka (below). 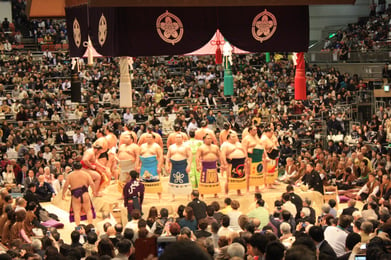 Looking For Class? You Won't Find It In The California Corporations Code
New Challenge Filed To California Board Quota Laws

No Change Is Not An Option For 2023 LLC Filings
SEC Doesn't Define It, But Insists That Every Issuer Have One
Documents Filed With The Secretary Of State Do Not Qualify For Anti-SLAPP Protection